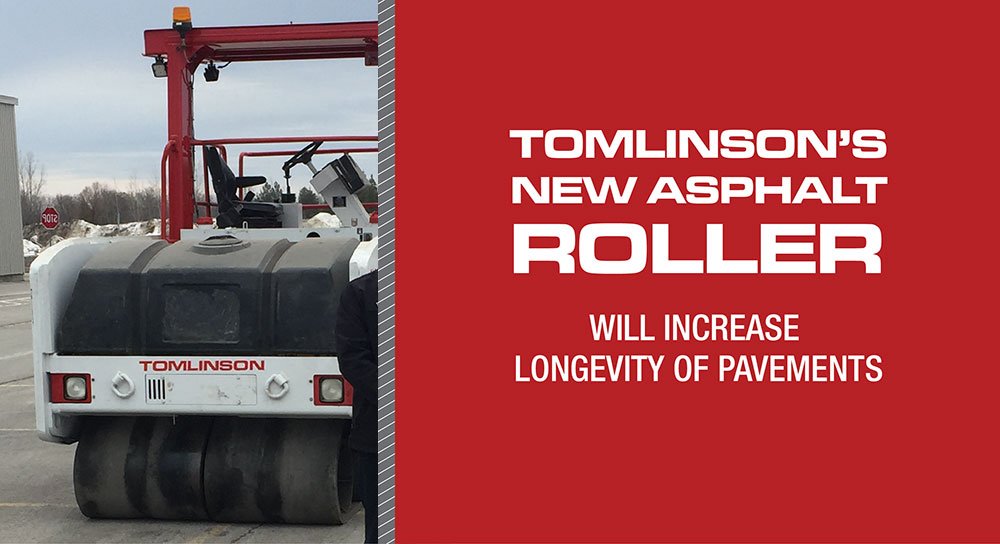 Ottawa, ON – Tomlinson has launched and successfully tested a new asphalt roller, consisting of Tomlinson TRAK technology. The belt rollers improve water impermeability, resulting in crack-free asphalt and fewer potholes. The design was pioneered by Abd El Halim, a civil engineering professor at Carleton University, also known as the “Professor of Pavement”. Tomlinson invested in a $500,000 project to develop the first prototype. The team, in consultation with El Halim, retrofitted a traditional asphalt roller with Tomlinson TRAK belt rollers instead of twin steel drums, similar to a snowmobile design. The belt spreads the weight of the compacting machine over a larger area, preventing cracks in the freshly laid asphalt. In November 2017 Tomlinson used the machine to resurface a lane of Didsbury Road. The belt-rolled pavement outperformed the cylinder-rolled surface in a head-to-head test of water permeability.

The Ministry of Transportation discovered that a pavement which lasted just one year longer would save the province approximately $50 million annually. It is now developing water permeability standards that will be specified in new road contracts in the future, meaning contractors will need to lay crack-free asphalt. Tomlinson is engineering a second roller, which it plans to use on a 42-kilometre paving project on a highway in the Bancroft, ON, area later this year. This modified roller will also use Tomlinson TRAK rather than traditional steel cylinders.
—